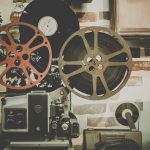 With the vaccination roll-out, things are looking more hopeful for an end to the current lockdown, but I think it is safe to say that we won’t be able to resume film screenings at the village hall just yet, so our scheduled screening for Mon 8th March is almost certainly cancelled.However, Parish Magazine copy deadlines mean that this is written 3 weeks before the scheduled screening.  If we are able to operate, subscribers to our monthly e-mail newsletter, Friends of Hawkchurch Film Nights, will be notified as soon as possible.  This newsletter also features recommendations for films to watch at home via Freeview channels during the lockdown, so if you aren’t currently on our e-mail list and would like to receive the newsletter each month, contact me at csma95@gmail.com . We hope to see you back at the village hall before too long. Stay safe and take care.

Best wishes from Penny, Paul, Jacky and me.

For now, then, it’s time to hunker down and see what is available to watch at home.  As during the first lockdown, I’ve had a scan through the Freeview schedules.

BBC i-Player seems to have upped its game since the advent of Britbox, with more content available for longer than the previous obligatory 30-day limit.  Classics include Citizen Kane, A Hard Day’s Night, Whisky Galore!, King Kong, Bringing Up Baby, Suspicion and Top Hat along with more recent award-winning titles such as Mrs. Brown, Tinker Tailor Soldier Spy and Twelve Monkeys.  If you fancy being scared witless on a dark winter’s night, Paranormal Activity, The Blair Witch Project or The Babadook should do the trick. I also recommend these lesser-known true-life stories :

Find them all here : https://www.bbc.co.uk/iplayer/categories/films/featured

All 4 has a smaller roster of film titles than the BBC (mind you, there’s always the Walter Presents foreign-language drama box sets to lose yourself in) but these 4 are definitely worth your while :

The Florida Project – beautifully warm low-key slice-of-life drama of a young mother and her 6-year-old daughter living in a budget motel near Disneyworld in Orlando, with great support from Willem Defoe as the motel manager

Under the Skin – I’ve seen a few strange films in my time, but this is right up there with the weirdest.  ‘Scarlett Johansson drives a white van around Glasgow, seducing lonely young men’ doesn’t begin to cover it.  Visually stunning and deeply unsettling – Mica Levi’s award-winning soundtrack is superb, too.

Find them all here :  https://www.channel4.com/categories/film

Don’t forget also the treasure trove of vintage material on Talking Pictures (Freeview channel 81) – there’s no catch-up facility as yet, but their website has trailers and schedules for the next few weeks. https://talkingpicturestv.co.uk/schedule/

I hope there’s something there to encourage you in some guilt-free couch potato indulgence.  If not now, when?

We hope to see you back at the village hall before too long.  Stay safe and take care. 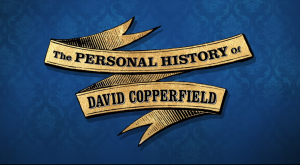 Last month’s screenings of ‘1917’ fell victim to the announcement of the second lockdown.  Although the lockdown was not due 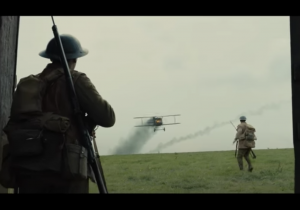 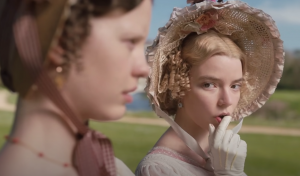 Huge thanks to those of you who responded to the Covid-19 consultation last month.  Of the 38 people who responded,